The New Tax Plan: When It Comes To Real Estate, Who Wins And Who Loses? 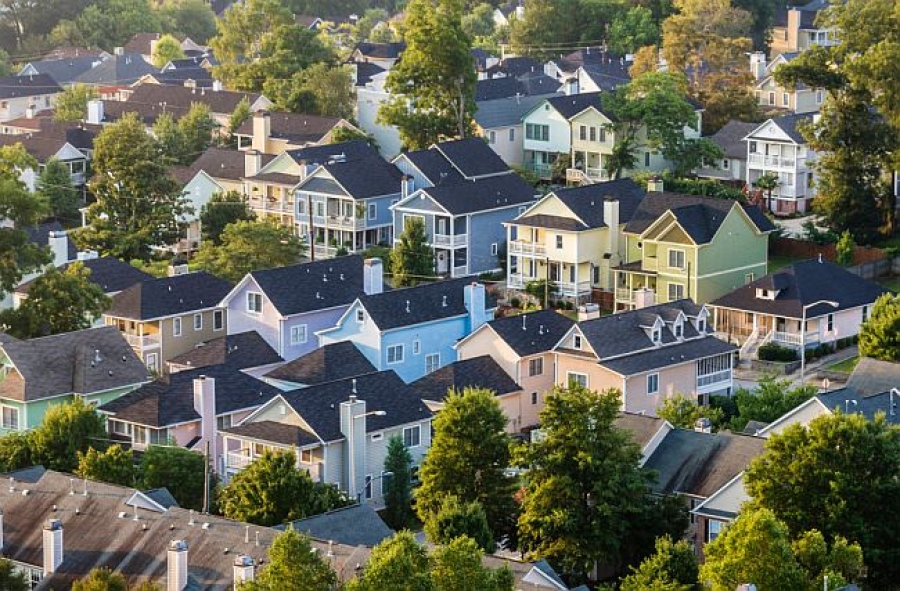 We have all heard a lot about the new tax plan, which was approved and sent to President Trump to be signed on Wednesday, Dec. 20. Depending on where your politics lie and your individual financial situation, you may have a positive or negative take on the tax bill. But how does it impact real estate? That also depends on a few things, like where you are buying a house, how much money you have, and what you intend to do with it.

"The new tax plan has been framed as a deathblow to the American dream by some real estate professionals and groups, who warn of falling home prices, a new generation trapped in renting, and an exodus of residents from the highest-cost cities and states," said Realtor.com. "But are these fears surrounding the new, lower cap on mortgage interest deduction - and the incentive for taxpayers not to use it - overblown? Or are there indeed big repercussions to come? That all depends on whom you ask - and where they live."

We're breaking down the winners and losers as it relates to real estate.

The mortgage deduction has been among the most talked-up portion of the tax bill, especially in relation to the standard deduction. The new tax code doubles this deduction; new amounts are $12,000 for individual filers and $24,000 for married couples who file jointly. On the surface, this seems like great news. However, the elimination of other deductions that formerly incentivized itemization may mean more tax filers go the standard route. So, is that a bad thing?

According to the Pew Charitable Trusts, most taxpayers - as many as two-thirds - don't itemize their tax bills anyway, which means they aren't claiming the deductions that are available to them.

"On a scale of 1 to 10 on if interest deductibility is going to have a big impact on housing, it's a 2," Ken Johnson, a real estate economist at Florida Atlantic University in Boca Raton, told Realtor.com. "It's not clear that it will hurt housing. But it is clear that it's not going to help."

According to the New York Times, "Today, a little under half of American homes are worth enough to justify itemizing mortgage interest and property taxes. Under the tax legislation, that figure would fall to close to 14 percent.

The new limit on property tax deductions makes the "to itemize or not to itemize" conversation even more muddy.

"Can I still deduct my state and local taxes? Up to a point, and you'll have to make a choice," said CBS News. "Filers will be able to write off the cost of state and local taxes, up to $10,000. And they must choose from among sales, income and property taxes for the deduction, instead of being able to deduct all local taxes."

Luxury buyers: Could see a hit

"Under the new tax plan, the deduction would be limited to $750,000 of indebtedness starting with the 2018 tax year," said The Motley Fool. "However, filers who have mortgages issued before the Dec. 15, 2017, cutoff would be grandfathered in, and will still be able to deduct interest on up to $1 million of mortgage-related indebtedness."

Those who are just buying a new home or who recently have may not feel any pain if their home price is under $750,000 - the cap for the home mortgage interest deduction on the new tax bill.

"The vast majority of new homeowners won't be affected, as the median home price is nowhere near $750,0000," said Realtor.com. "The median list price is $270,000 nationally. Additionally, "Existing homeowners will be grandfathered into the previous deduction limit. So the new cut is expected to affect only about 1.3% of new mortgages. These are likely to be awarded to the wealthiest homeowners, who can at least theoretically afford the cuts, and those living in the most expensive parts of the country."

The tax bill will require greater scrutiny from homeowners looking to use their home equity. Gone is the ability to use it however how want it and get a write off - currently, you can deduct the interest on as much as $100,000. Use your home equity line of credit (HELOC) to finance a car or a vacation under the new plan, and you will no longer be able to deduct the interest.

Some of the real winners of the new tax plan are investors, who are already able to write off "all the expenses of owning and running a rental because the properties are considered a business," said CNBC. "The interest on those mortgages, along with repair and management costs, are deducted from the income the property produces. Investors are only taxed on that income, so by reducing it, the investment acts as a tax shelter." This is unchanged by the new bill.

"The tax plan could, however, drive increased demand for single-family rentals because it will reduce the tax benefits of homeownership. The proposal could eliminate the deduction for property taxes as well as lower the limit on the mortgage interest deduction. That would hit all homeowners who itemize and especially those owners of higher-cost properties in expensive locations. That, in turn, would benefit landlords."

There will also be a benefit to investors of real-estate investment trusts, who "will have a smaller tax bill on dividends with the new Republican tax plan," said the The Wall Street Journal. "The tax plan features a deduction for pass-through businesses - income derived from commercial activities that their owners or shareholders pay on their personal income taxes. That deduction includes the income that flows to REIT investors through dividends - mainly from rent or mortgage interest - but not the capital gains secured when properties are sold."