WHEN IT COMES TO REAL ESTATE, IS IT EVER OK TO OVERPAY?

A story broke this week about how Zillow CEO Spencer Rascoff overpaid for his $20 million home. The New York Times called it "ironic" that he paid "over $1 million above its Zestimate" for his 12,732-square-foot Brentwood, CA mansion. Everyone who's had an issue with Zillow's farcical Zestimates calls it "payback."

"The next time you're surfing popular real estate listings site Zillow for a new home and stumble across a "Zestimate" - the company's estimate for a property's value - you might want to take it with a grain of salt," they said.

Frankly, we could sit here all day and debate the dangers of Zestimates, especially as they relate to bloated buyer/seller expectations. But this news begs an important question: Is it ever OK to overpay for your home?

"I cannot justify anytime where overpaying for a house is a viable option," said attorney Kenneth Go on Asian Journal.

But others aren't so cut and dry.

"Buyer emotions, stiff competition from other buyers - even feelings of losing out on the home you want challenge buyers to overpay," said Owners.com. And while no one ever sets out to pay more than they have to, there are certain circumstances where it may be acceptable, or even necessary. We're debating a few.

In a competitive market

Prices get driven up when demand, well, demands it. A home that lots of people want is naturally going to be more valuable to those trying to buy it.

You may assume that a home that gets multiple offers would be worth more, but that's not always true. A home that doesn't appraise for the sales price can put you in a difficult position where you're expected to pay the difference between the appraisal amount and the sales price in cash. And that's not the only issue. 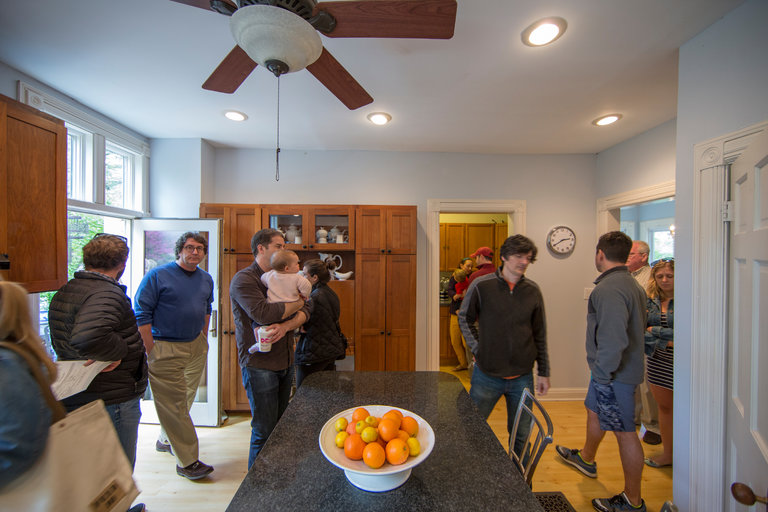 "In a fast-paced seller's market, it's not uncommon for prospective buyers to find themselves in a bidding war over a house. And while it may appear an innocent move (after all, the lucky bidder gets the house!) there can be dangerous downstream affects," said Owner.com. "By overpaying for the house, it costs…more money for the down payment on the mortgage, more in closing costs (since many mortgage costs are based on a percentage of the mortgage), not to mention thousands of dollars more in interest over the years due to the larger mortgage."

In an especially desirable neighborhood

If you're buying in a neighborhood that traditionally holds its value and where buyers clamor to get into the neighborhood, paying a premium might not be such a bad idea.

"It may seem counterintuitive to pay over the asking price," said Inman. "However, if you're looking for a type of property that's hard to find, and you've looked for long enough to know that the property is what you want for your long-term enjoyment, it might make sense to pay a little more. There is some satisfaction in buying a house that is in high demand. If you keep the property in good condition and price it right for the market when you sell, you might receive multiple offers. There is always a demand for the best houses."

You might not be as concerned about immediate return on investment if you're buying a forever home. Traditionally, real estate appreciates over time, with rates that can vary dramatically depending on where and what you buy. If you're in it for the long haul, you may feel more comfortable paying more upfront.

"You shouldn't buy if you don't plan to own the home for a long period of time," said Inman. "It would be a mistake to overpay for a home and then have to sell it the next year. Even if the market was stable, you wouldn't break even due to the costs involved in selling." 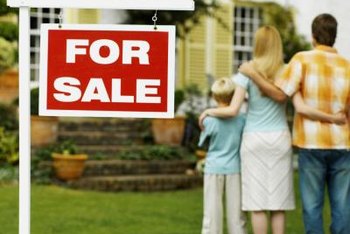 In a transitional neighborhood

A transitional neighborhood or one that's also known as an "up-and-coming" neighborhood, might seem like a smart place to buy. And it can be, if the price is right. But it's important to remember that not all up-and-comers actually become hot neighborhoods. Overpaying for a home - even one with great potential for gutting and updating or one that's already been redone - can be a dangerous investment to make.

So can buying in an "iffy" neighborhood

"Overpaying for a property should not be isolated from other facts of the purchase," said Owners.com. "For example, overpaying for a house in a stable, appreciating neighborhood may not be as dire as spending too much on a house in a deteriorating subdivision or on the edge of a warehouse district."

Knowing what to pay for a home you plan to buy at auction or from the bank can be challenging, especially if you don't have access to the property to walk it or inspect it before purchasing. Whether you're planning to live in the house, flip it, or rent it out and collect passive income over a period of time, most experts will caution you against getting caught up in a frenzy, which can lead to you paying more than you planned.

Market value is market value, and a home you can't research properly could end up costing you - dearly. Set a budget, and stick to it, when there are so many unknowns.