How Green Can You Go? Eco-friendly Solutions For Every Commitment Level 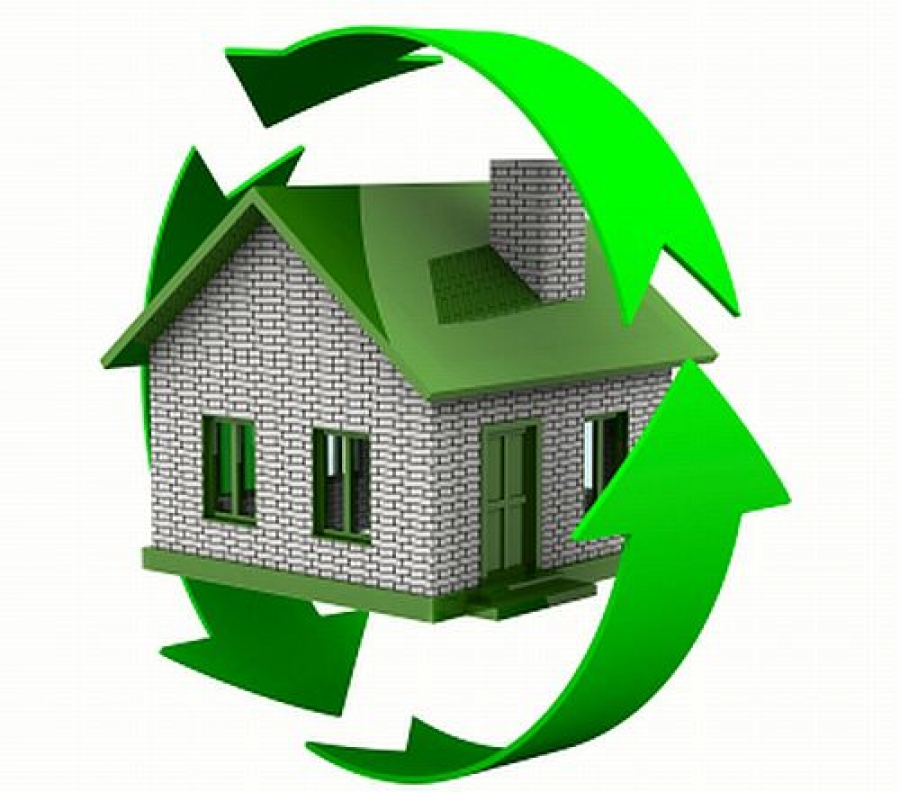 It's hard to ignore the influence of big oil in Texas. Thirty-five miles to the Southwest of Frisco, TX, this year's second-fastest-growing city in the nation and home to thousands of suburban families like my own, whose electric bills climb up into the $300-plus range while cooling their 3,000-square-foot house, Irving-based Exxon is the biggest oil producer in the world - and that's just the tip of the oil well. Frisco is also among the Texas cities where deregulation among power options is still not a thing, BTW. Oh and there's also a fun Texas law that "allows builders to restrict solar-energy devices while a housing development is under construction," said the Dallas Morning News, and when they would be most convenient, and most cost-effective to install, in most cases.

This is not the place you'd expect to see, oh, I don't know, a luxury community of eco-friendly homes with features including grass rooftops.

But that's precisely what is being proposed by architecture and design firms Stantec and Total Environment, who presented the concept "for a 57-acre, single-family home development" with luxury homes featuring low-energy, environmentally friendly products" to the Planning and Zoning Commission this week, said Frisco Community Impact. "These types of homes are popular in other countries such as India and Dubai, and, if approved, would be the first in the U.S., according to developers."

It begs the question: Did green living just move from the fringe to the forefront? If eco-friendly homes can come to oil-rich, fracking-loving Texas, are we talking game-changer? Could be.

We're still a long way from hiring landscapers to manage our rooftops en masse. But, in the meantime, it's easier and more rewarding than ever to live a leaner, greener life. So it might be time to ask yourself: How green can you go?

Here's our breakdown of some of the best ways to incorporate a more eco-friendly way of life into your world, no matter your commitment level.

You may already have thought of some of the easiest ways to go green, like recycling at home, watering plants early or late in the day when the sun is not at full strength, and doing laundry and dishes during the coolest part of the day to save your air conditioning from working overtime.

Compact fluorescent lightbulbs (CFL) are probably already on your radar, which is a great thing, since, according to the Environmental Protection Agency (EPA), CFLs use as much as 75% less energy than those old incandescent bulbs and can also last up to 10x longer.

Here are a few easy changes you can make that you may not have considered:

Replace nonstick pans with cast-iron. "To create the slick surface of nonstick cookware, manufacturers apply chemicals called fluoropolymers, which are released into the air when you cook at high temperatures, according to the Environmental Working Group," said Prevention. "Worse, the chemicals break down into compounds such as perfluorooctanoic acid (PFOA), a likely human carcinogen that's also been linked to heart disease, and can get into your food."

Do your wash in cold water. Energy Star says that close to 90 percent of the energy used for laundry goes to water heating. Buy some cold-water detergent and you're good to go.

Set your TV picture to "normal" instead of the manufacturer setting. "Many flat screens are shipped from the manufacturer with a picture setting that makes it stand out in retail displays, but are brighter than you need at home and consume 10 to 20% more energy (and cash) at this setting, reports the NRDC," said Prevention.

Ditch your regular house cleaners. Many of them can include toxic ingredients that can harm the environment and are also potentially dangerous to members of your household. The only things you really need to clean just about everything in your house: baking soda, white vinegar, and lemon. 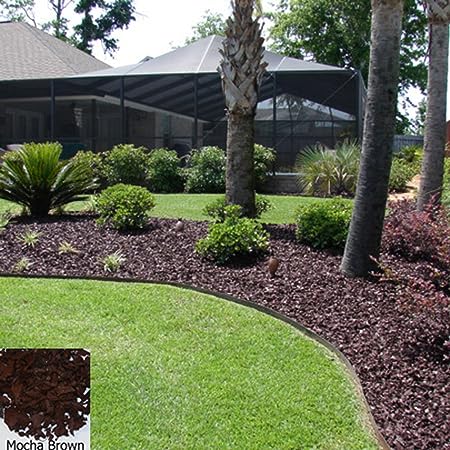 Trade your regular mulch for rubber. Mulch is great for your yard because it keeps moisture in and also makes it look nice and tidy. But rubber is a step up from the bark-like texture you're probably used to seeing. "Made from 100-percent recycled tires, rubber mulch is suitable to use on most landscapes," said HGTV. "It has several benefits: a safe play surface for children, prevents weeds, does not attract insects and water and air can easily flow through it."

Looking to make a larger commitment to green living? There are changes you can make outside of daily efforts like watching your water and electricity usage and choosing products with a more eco-friendly profile for everyday use.

Seal it up. Sealing up any leaks can make a big difference in the heating and cooling loss that's driving up your bills - as much as a 20 percent difference, according to Energy Star. It's also a pretty DIY-friendly task, but to get the best results, you may want to hire a professional Home Energy Auditor who can give you the lowdown on where your home is deficient and recommend changes.

Start composting. "Compost is organic material that can be added to soil to help plants grow. Food scraps and yard waste currently make up 20 to 30 percent of what we throw away, and should be composted instead," said the EPA. "Making compost keeps these materials out of landfills where they take up space and release methane, a potent greenhouse gas." Their easy composting guide will give you all the info you need to for a DIY compost.

Replace your appliances. That old fridge is working hard to cool what's inside, and that's costing you - literally. It, and its friends the old dishwasher and washer and dryer, are sucking up energy and dollars. Swapping them out for newer, Energy Star versions, is good for the environment, and your bank account. Whether you get a new refrigerator or not, these tips from Prevention will help you save even more: "Keeping your fridge pushed tight up against the wall limits circulation and makes the unit work harder, increasing your energy use and costs. Keep it a few inches away from the wall, and follow the manufacturer's instructions to safely keep the fridge's coils clean. If you're one of the 25% of U.S. households using a second, older fridge, considering recycling it. Running an older - model fridge - ones commonly used in basements or garages - could cost your family up to $300 a year. Temperature makes a difference, too. Proper fridge temp should fall anywhere from 35 to 38 degrees - anything lower wastes energy."

Window replacement falls here because it can be a big dollar commitment. "All-new vinyl windows for an average 2,450-square-foot house run about $15,000, according to the ‘Remodeling Impact Report' from the NATIONAL ASSOCIATION OF REALTORS®," said Houselogic. But, the good news is that you'll save "$126–$465 a year when replacing single-pane windows, according to Energy Star. And, "For average-quality vinyl windows, you can recoup 80% of the project cost in added home value, according to the ‘Remodeling Impact Report,'" said Houselogic. Based on the vinyl window replacement projects in the report, that's a value add of about $12,000 if you should decide to sell your house."

Other "major commitments" include:

Use spray foam insulation. Give that old pink stuff the heave-ho. "An alternative to traditional fiberglass and cellulose insulation, spray foam traps more conditioned air within the home, allowing for significantly less leakage and consequently, reduced energy use year round," said CBS. "Containing rapidly renewable material, spray foam insulation does not produce harmful emissions and is also water and shrink proof, which translates into zero framing distortion over time -- a huge construction plus. A study done on side-by-side homes, one with traditional insuation, and one with spray foam, "found that the use of spray foam to create an unvented attic (Home CP2a) lowers the HERS (the industry standard by which a home's energy efficiency is measured) score from 84* to 79, and results in a net annual energy savings of 16%. When spray foam is used to provide an unvented attic and insulate the exterior walls (Home CP3a), the HERS score is reduced from 84 to 78, and the annual energy savings increases to 22%."

If you're building from scratch, consider the material. You already know that bamboo is a top choice because it is renewable. But have you thought about recycled steel? "Two out of every three tons of new steel are recycled from old steel, making it the most recycled material on the planet," said CBS. "According to the Steel Recycling Institute, steel also uses less energy and emits fewer harmful CO2 emissions than many other building materials, making it an optimum green choice. You also can't beat steel for durability."

Choose sustainably harvested materials. You can get a natural wood look without the guilt by looking for eco-friendly options. "Put in formaldehyde-free cabinetry to avoid releasing environmental toxins," said Nolo. "Better yet, go for wood certified by the Forest Stewardship Council (FSC), which will be sustainably harvested."

Go solar. Forget those ugly solar panels. Elon Musk and Tesla are in the process of upending the roofing industry with their Solar Roof glass tiles, which are "offered in four styles of Tuscan, Slate, Textured, and Smooth" and which "look like regular roof tiles from ground level, but embedded with photovoltaic solar cells underneath," said Teslarati. The first installations are expected soon, and are also said to be less expensive than many traditional roofing materials.

Reclaim your water. Water reclamation is an easy enough undertaking that it could go in the medium category above. But, for many, people, the idea of recycling water is slightly traumatizing, so it's going here instead. The thing is, you don't have to recycle all the water in the home to reap the benefits from an eco-friendly perspective. If the idea of blackwater, which includes wastewater from toilets as well as dishwashers and garbage disposals,gives you the shivers, you're not alone. Companies are busy working on black water recycling systems, but, for now, you only need to concentrate on gray water, "which is tap water soiled by use in washing machines, tubs, showers and bathroom sinks," said How Stuff Works. "Gray water reclamation is the process by which households make use of gray water's potential instead of simply piping it into overburdened sewage systems with all the black water.