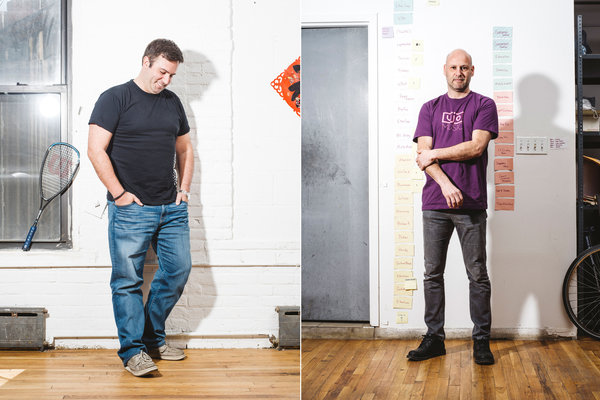 Even as Bitcoin, riven by internal divisions, has struggled, a rival virtual currency — known as Ethereum — has soared in value, climbing 1,000 percent over the last three months.

Beyond the price spike, Ethereum is also attracting attention from giants in finance and technology, like JPMorgan Chase, Microsoft and IBM, which have described it as a sort of Bitcoin 2.0.

The rise of the relatively new virtual currency has been helped by a battle within the Bitcoin community over how the basic Bitcoin software should develop.

The fights have slowed down Bitcoin transactions and led some people to look for alternative virtual currencies to power their businesses. Enter Ethereum.

Like Bitcoin, the Ethereum system is built on a blockchain in which every transaction is recorded publicly. The promise of such a system is that it allows the exchange of money and assets more quickly and more cheaply than relying on a long chain of middlemen.

But Ethereum has also won fans with its promise to do much more than Bitcoin. In addition to the virtual currency, the software provides a way to create online markets and programmable transactions known as smart contracts.

The system is complicated enough that even people who know it well have trouble describing it in plain English. But one application in development would let farmers put their produce up for sale directly to consumers and take payment directly from consumers. There are already dozens of functioning applications built on Ethereum, enabling new ways to manage and pay for electricity, sports bets and even Ponzi schemes.

All of this work is still very early. The first full public version of the Ethereum software was recently released, and the system could face some of the same technical and legal problems that have tarnished Bitcoin.

Many Bitcoin advocates say Ethereum will face more security problems than Bitcoin because of the greater complexity of the software. Thus far, Ethereum has faced much less testing, and many fewer attacks, than Bitcoin. The novel design of Ethereum may also invite intense scrutiny by authorities given that potentially fraudulent contracts, like the Ponzi schemes, can be written directly into the Ethereum system.

But the sophisticated capabilities of the system have made it fascinating to some executives in corporate America. IBM said last year that it was experimenting with Ethereum as a way to control real world objects in the so-called Internet of things. 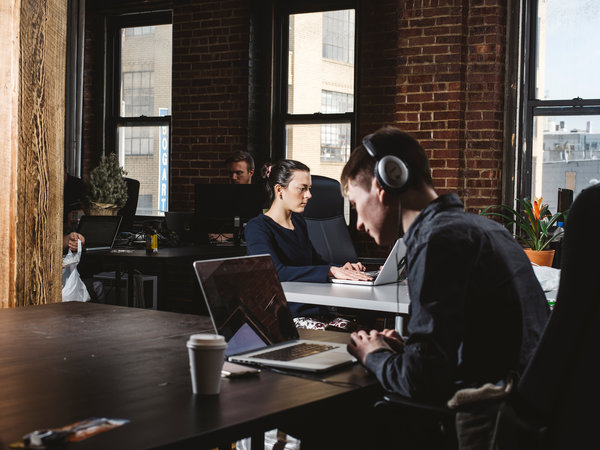 ConsenSys employees in Brooklyn. The company has hired more than 50 developers.
COLE WILSON FOR THE NEW YORK TIMES

Microsoft has been working on several projects that make it easier to use Ethereum on its computing cloud, Azure.

“Ethereum is a general platform where you can solve problems in many industries using a fairly elegant solution — the most elegant solution we have seen to date,” said Marley Gray, a director of business development and strategy at Microsoft.

Mr. Gray is responsible for Microsoft’s work with blockchains, the database concept that Bitcoin introduced. Blockchains are designed to store transactions and data without requiring any central authority or repository.

Blockchain ledgers are generally maintained and updated by networks of computers working together — somewhat similar to the way that Wikipedia is updated and maintained by all its users.

Many corporations, though, have created their own Ethereum networks with private blockchains, independent of the public system, and that could ultimately detract from the value of the individual unit in the Ethereum system — known as an Ether — that people have recently been buying.

The interest in Ethereum is one sign of the corporate fascination with blockchains. Most major banks have expressed an interest in using them to make trading and money transfer faster and more efficient. On Tuesday, executives from the largest banks will gather for a conference, “Blockchain: Tapping Into the Real Potential,Cutting Through the Hype.”

Many of these banks have recently been looking at how some version of Ethereum might be put to use. JPMorgan, for instance, has created a specific tool, Masala, that allows some of its internal databases to interact with an Ethereum blockchain.

Michael Novogratz, a former top executive at the private equity firm Fortress Investing Group, who helped lead Fortress’s investment in Bitcoin, has been looking at Ethereum since he left Fortress last fall. Mr. Novogratz said that he made a “significant” purchase of Ether in January. He has also heard how the financial industry’s chatter about the virtual currency has evolved.

“A lot of the more established players were thinking, ‘It’s still an experiment,’ ” he said. “It feels like in the last two to three months that experiment is at least getting a lot more validation.”

Since the beginning of the year, the value of an individual unit of Ether has soared as high as $12 from around $1. That has brought the value of all existing Ether to over $1 billion at times, significantly more than any virtual currency other than Bitcoin, which had over $6 billion in value outstanding last week.

Since Bitcoin was invented, there have been many so-called alt-coins that have tried to improve on Bitcoin, but none have won the following of Ethereum 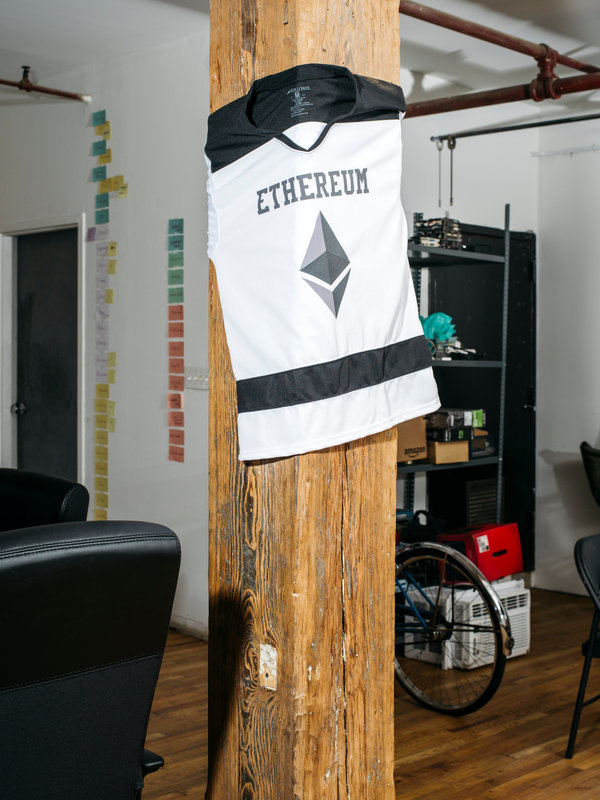 Ethereum, a rival currency to Bitcoin, has soared in value recently.
COLE WILSON FOR THE NEW YORK TIMES

Unlike Bitcoin, which was released in 2009 by a mysterious creator known as Satoshi Nakamoto, Ethereum was created in a more transparent fashion by a 21-year-old Russian-Canadian, Vitalik Buterin, after he dropped out of Waterloo University in Ontario.

The most basic aim of Ethereum was to make it possible to program binding agreements into the blockchain — the smart contract concept. Two people, for instance, could program a bet on a sports game directly into the Ethereum blockchain. Once the final score came in from a mutually agreed upon source — say, The Associated Press — the money would be automatically transferred to the winning party. Ether can be used as a currency in this system, but Ether are also necessary to pay for the network power needed to process the bet.

The Ethereum system has sometimes been described as a single shared computer that is run by the network of users and on which resources are parceled out and paid for by Ether.

A team of seven co-founders helped Mr. Buterin write up the software after he released the initial description of the system. Mr. Buterin’s team raised $18 million in 2014 through a presale of Ether, which helped fund the Ethereum Foundation, which supports the software’s development.

Like Bitcoin, Ethereum has succeeded by attracting a dedicated network of followers who have helped support the software, partly in the hope that their Ether will increase in value if the system succeeds. Last week, there were 5,800 computers — or nodes — helping support the network around the world. The Bitcoin network had about 7,400 nodes.

One of Mr. Buterin’s co-founders, Joseph Lubin, has set up ConsenSys, a company based in Brooklyn that has hired over 50 developers to build applications on the Ethereum system, including one that enables music distribution and another that allows for a new kind of financial auditing.

The ConsenSys offices are in an old industrial building in the Bushwick section of Brooklyn. The office is essentially one large room, with all the messy trademarks of a start-up operation, including white boards on the walls and computer parts lying around.

Mr. Lubin said he had thrown himself into Ethereum after starting to think that it delivered on some of the failed promise of Bitcoin, especially when it came to allowing new kinds of online contracts and markets.

Joseph Bonneau, a computer science researcher at Stanford who studies so-called crypto-currencies, said Ethereum was the first system that had really caught his interest since Bitcoin.

It is far from a sure thing, he cautioned.

“Bitcoin is still probably the safest bet, but Ethereum is certainly No. 2, and some folks will say it is more likely to be around in 10 years,” Mr. Bonneau said. “It will depend if any real markets develop around it. If there is some actual application.”