What Is Real And What Is Pure PR About The Tesla Solar Roof? 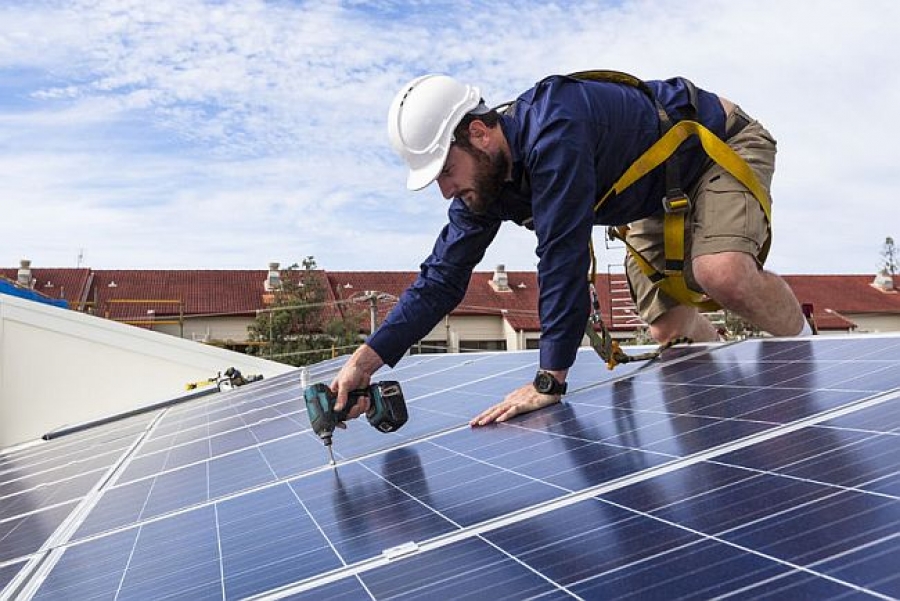 Tesla rocked the solar power world when it acquired Solar City for $2 billion. The entire industry waited with baited breath to see what grand machination Tesla CEO Elon Musk had cooked up. They were not disappointed when he announced the creation of the Tesla Solar Roof, a line of photovoltaic solar shingles designed to mirror standard roofing tiles.

While solar shingles were not a new concept, Tesla appeared to have improved upon its predecessors. Whereas previous solar shingles adhered to standard asphalt roof tiles, the Tesla Solar Roof would actually replace traditional roofing tiles and last forever.

While there is much to be excited about whenever a new advancement is made in the solar industry, it's important to understand what is fact and what is fiction. So, what are the true facts behind the Tesla Solar Roof, and what is pure PR?

Tesla has managed to overcome one of the most common obstacles the solar industry encounters when trying to convince homeowners to install a system. Many people find solar panels ugly. It's true that solar panels have a tendency to stick out and could visually displease individuals who prefer the classic look of a home.

Tesla has answered these concerns by creating a solar system that seamlessly blends in. These shingles don't just sit on a roof, they are the roof. What's more, these tiles are designed to mimic some classic roofing styles. The Tesla Solar Roof comes in smooth and textured glass, French Slate, and Tuscan Style shingles. As of February 2018, only the smooth and textured glass styles have been released, with rollout of French Slate and Tuscan coming later this year.

When Musk first presented the Tesla Solar Roof, he showed off its ability to stand up to harsh elemental threats. These new tiles were pelted with two-inch balls of hail traveling at 100 MPH. The same test was also given to standard roofing panels. The Solar Roof withstood this icy attack while the roofing panels shattered like glass.

The Tesla Solar Roof Is Guaranteed to Last Forever

Tesla is standing by this product in perpetuity. The Tesla Solar Roof comes with what the tech giant is calling an "infinite tile warranty."

Basically, this is a roof you will never have to replace. This is especially useful for home owners when you consider that the average roof lasts anywhere from 10 to 50 years, and the average cost of a roof replacement is in excess of $25,000.

There is no doubting Tesla's claim that the Solar Roof is more durable than standard roofing tiles. The proof was right there in Musk's initial video presentation. However, many people are under the mistaken impression that this new product is more adept at shielding a home against the elements than a traditional solar panel. This is not true.

Solar Panels are extremely efficient against the elements, standing up to hazards such as hail with durability similar to that of the Solar Roof. One of the key benefits of having solar installed on your home is its ability to act as a shield for your roof against harsh weather conditions.

The Solar Roof Will Save You More Money Than Solar Panels

Another common misconception regarding this product is that because it is newer than standard PV solar panels it must be more efficient at producing energy and saving you money on your monthly utility bills. That is also not true, especially when the enormous cost of Solar Roof installation is added to the equation.

PowerScout estimates that the Solar Roof is 70% more expensive than installing solar panels on a roof that doesn't need to be replaced. What's more, it is 35% cheaper to replace your existing roof and install a solar system on it than it is to install a Solar Roof. (More on Solar Costs at PowerScout.com)

When you consider the time that it takes to pay back your installation costs, a traditional solar panel system starts saving you money far quicker than Tesla's new product.

Tesla's infinite tile warranty covers the panels themselves and their ability to provide a stable roof. But Forbes estimates that their solar cells' ability to create sustainable energy will be obsolete within 30 years.

So, while the Tesla Solar Roof is a sturdy roof that will last the lifespan of your home, it will not continue to generate sustainable power forever. Anyone wanting to continue reaping the benefits of its power generation capabilities would have to replace the tiles after 30 years.

What Matters to You?

When it comes to whether or not the Tesla Solar Roof is a wise investment, it really boils down to what you're looking for. If you want an aesthetically pleasing solar panel alternative, then the Tesla Solar Roof would be perfect for your needs. If you're looking to save the most on your utility bills and generate the highest amount of solar power, then a traditional solar panel system is still the way to go.