Older Americans Flock to Rentals, and Here's Why 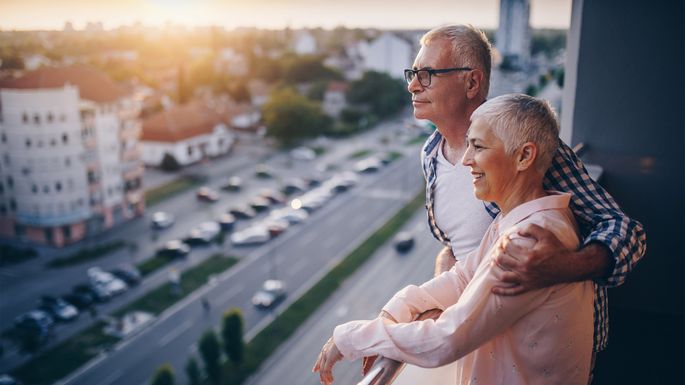 Renting isn't just for recent postgraduates who can't afford a home anymore. In fact, America's fastest-growing group of renters is probably a whole lot grayer than you might think.

It's a reflection of pervasive demographic trends and shifting attitudes about the benefits of homeownership.

Households of renters aged 60 and up swelled 43% over the past decade, more than any other age group, according to new data from RentCafe, a national apartment search and analytics website.

At just over 9 million households, older renters still number far fewer than the 19 million aged 35 to 59, and 15 million under age 35. But their numbers are expected to continue to grow. In fact, RentCafe predicts seniors will become the second-largest group of renter households by 2035.

The primary reason: the overall aging of the nation's population, as the massive baby-boomer generation moves closer to retirement. But that demographic shift doesn't fully explain the trend. The need for affordability and changing attitudes about the benefits of homeownership also factor into the rise in renters.

Some older renters are former homeowners who lost their houses to the wave of foreclosures that accompanied the Great Recession, "and they never went back to homeownership," says Jennifer Molinsky, a senior researcher at the Joint Center for Housing Studies of Harvard University. And many are still struggling to make ends meet: Her research has found that about half of renters aged 50 and up spent more than a third of their income for housing.(Experts say one-third of income is the maximum you should spend on housing.)

For others, however, renting is a choice.

Aging Americans are increasingly looking for more flexibility and less maintenance than homeownership allows, says Florentina Sarac, who wrote the RentCafe report. Retiree renters have a greater ability to pack up and move when they want to be closer to family or simply need a change of scenery, she says.

Another study released last year by Harvard's Joint Center supports the notion that renting is a lifestyle choice, rather than a necessity, for more people these days. The analysis found that households with annual incomes of $100,000 or more accounted for nearly 30% of the growth in rentals from 2006 to 2016. Some well-off older renters may be doing so temporarily while they figure out if they want to buy again, while others are mostly just seeking greater convenience, says Molinsky.

Darrow Kirkpatrick, 58, fits into the latter category. A former software company executive, Kirkpatrick managed to retire eight years ago, a feat he now coaches others toward on his blog, Can I Retire Yet? Wanting to reduce their expenses and increase their flexibility, Kirkpatrick and his wife, Caroline, 60, sold their home in Tennessee and moved into a $1,650-a-month, two-bedroom townhome in Santa Fe, NM, a location they chose for its proximity to mountains, manageable size, and rich cultural offerings.

Renting allows them to take off for weeks at a time in their RV without worry, Kirkpatrick says.

"It's great to be able to just lock the door and know that if something happens, it's someone else's problem," he says.

Out of the 30 most populous cities in the country, New York has the highest share of renters aged 60 and up, at 27%, according to RentCafe. But the city that showed the biggest surge in older renters over the past decade is Austin, TX, where the share of 60-plus renters exploded by 113%.

That's kind of ironic, since fastest-growing Austin has more of a reputation as a magnet for millennials. But Charles Heimsath, the president of Capitol Market Research, a real estate research firm in Austin, says the city is also highly attractive to older residents, who are increasingly choosing to age in place.

"We don't see a lot of out-migration as people retire," he says.