Everyone Can Lose When There's No Contractor's License 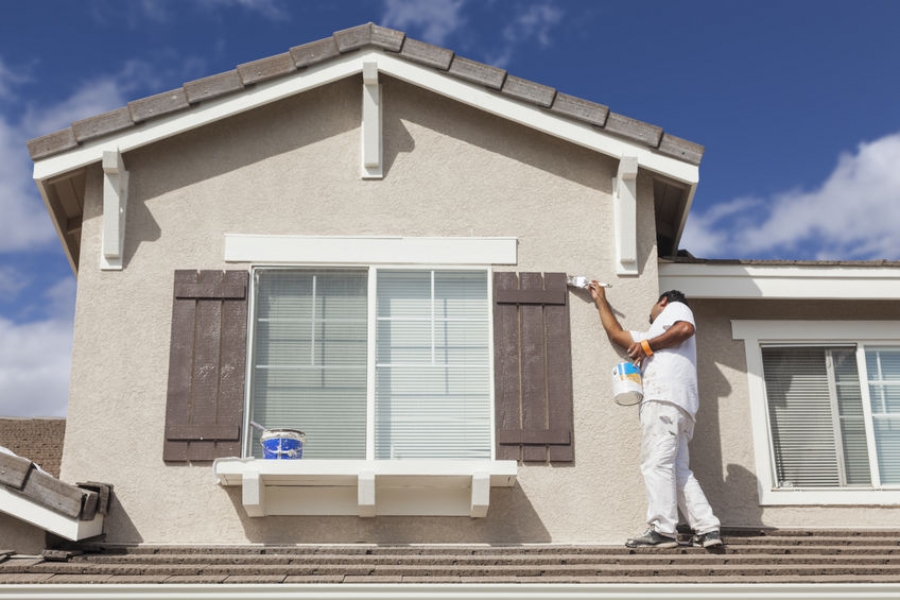 Spring is almost upon us and many homeowners are eagerly awaiting a return to weather that will allow them to undertake construction projects ranging from repairing damage caused by winter storms to engaging in projects to remodel, enlarge, and otherwise improve.

If the work is to be hired out, as opposed to being done by the homeowner, attention should be paid to determine whether or not the person doing the work is required to have a contractor's license.

California Business and Professions Code §7028(a) states, "It is a misdemeanor for any person to engage in the business or act in the capacity of a contractor within this state without having a license therefor, unless such person is particularly exempted from the provisions of this chapter. (Note: All the references here are to California law; but many states have similar regulations.) What exempts a person from the license requirement? The same code at section §7048(a) says, "This chapter does not apply to any work or operation on one undertaking or project by one or more contracts, the aggregate contract price which for labor, materials, and all other items is less than five hundred dollars ($500)..."[my emphasis]

A project whose price totals less than $500 is considered "… of casual, minor, or inconsequential nature," and can be performed by a non-licensed person, often referred to as a ‘handyman'.

Good old American ingenuity being what it is, numerous schemes have been devised in attempts to skirt the $500 limit. Some will attempt to avoid the license requirement by breaking a job's billing up into components, e.g. labor $300 and materials $300. This doesn't work because the legislation clearly states that the relevant sum is the aggregate of costs.

Another ruse is to attempt to segregate the job into smaller components. "I'll do the north side of the roof for $450, the south side for $450, etc." This will not work either, as the code states that the exemption does not apply for a job, "...in which a division of the operation is made in contracts of amounts less than five hundred dollars ($500) for the purpose of evasion of this chapter..."

Even if the particular job (e.g. tearing out a wall) is less than $500, it is not exempt if it is, "…part of a larger or major operation [e.g. remodeling the house], whether undertaken by the same or a different contractor…" [my emphasis] Also, even if the job is less than $500, the exemption does not apply if the handyman has, through cards or advertising, held himself out to be a contractor.

Hiring someone without a license to do a large job poses risks for the homeowner. If the handyman has hired others to work on the project, they may be considered employees of the homeowner. If the job results in damage to some third party, the homeowner may be liable. Moreover, a "contractor" without a license is not going to have workman's compensation. If a worker, hired by the unlicensed person, is injured, guess who will be held financially responsible?

Moreover, the homeowner is not the only one at risk. Unlicensed "contractors" need to know that the homeowner cannot be compelled to pay them for their work. A recent ruling from the Appellate Division of the Los Angeles Superior Court makes this crystal clear. (People v. Michael Kerr Walker, BR 052772, November 16, 2016)

In March of 2013, Michael Walker, acting without a contractor's license, entered into a written agreement with Sharon Curto for the painting of her house and installation of windows. By November 2013, although Curto had paid Walker over $61,000, he demanded another $7,768. She refused to pay and he filed a suit against her. She then hired an attorney to defend her and to countersue for the recovery of the monies previously paid.

Defendant Walker argued that "to the extent Curto benefitted from his unlicensed work in the form of labor and materials provided, she would be unjustly enriched and receive a windfall if he were ordered to reimburse the entire sum paid by Curto. In other contexts, it has been held that restitution may not be ordered when a windfall would be the result."

But, the Appellate Court observed, "…in cases involving an unlicensed contractor, the Legislature has determined that full recoupment of payment is required, even if a person who employs such a contractor is benefited or enriched thereby, and that such a rule is necessary to strongly deter unlicensed contracting work."

Thus, even though the work was not defective, Walker was ordered to reimburse the homeowner the full $61,428, plus interest, plus attorney fees.

An unlicensed contractor doing work for which a license is required? Not a good idea for either party.