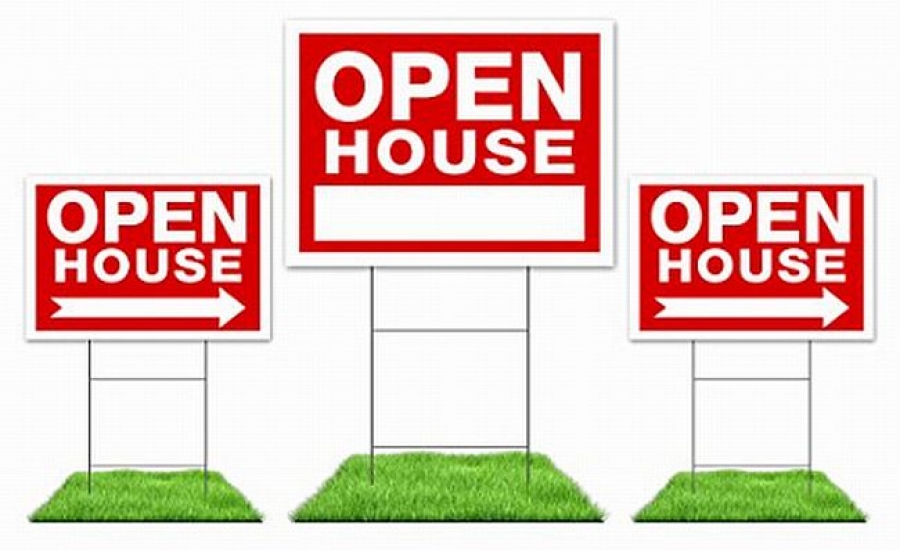 We have noted that neither cites, counties, nor homeowner associations may ban the display of real estate signs on private property altogether. These entities may place reasonable restrictions on such signs based on consideration of matters such as safety or aesthetics.

Somewhat different issues arise regarding open house directional signs, which, most often, are not placed on private property. Most people have a fair tolerance for the display of real estate ‘for sale' or ‘for rent' signs, but ‘open house' signs sometimes evoke different, occasionally visceral, reactions. Some people get upset when prominent intersections sprout virtual forests of open-house signs on weekends; and others find themselves amused, if not annoyed, to see open-house signs displayed in the late evening or very early morning hours.

"There ought to be a law", some think; and indeed, there is. More precisely, there are. There are lots of laws. Many cities have regulations concerning such signs. Most of them differ from each other, and more than a few conflict with the state law that governs directional signs to for-sale property.

In some cities there are rules as to how many open-house directional signs can be placed in any one intersection. A typical rule in this regard is that there may be only one sign per direction. Suppose, for example, that such a rule were applied to a typical intersection where four streets come together at right angles to each other. No more than four signs could be displayed there. If a real estate agent arrives to place his sign and finds that another agent has already placed one pointing in the same direction as his sign would, then he may not place a sign there.

It is understandable that confusion arises from the multiplicity and diversity of local rules governing open-house signs. Local Realtor® associations try to keep their members informed about local rules, and some of them post the regulations on their web sites. One of the difficulties involved is that, frequently, these regulations are based on "handshake agreements", rather than on actual ordinances. Whatever the case, all should know that REALTOR® associations cannot and do not enforce such regulations. They are specifically prohibited from that kind of enforcement action In the matter of off-site directional signs, the main principle to keep in mind is that cities and counties may set rules -- including a total ban -- for the placement of signs on public property. But they cannot set special rules based on the content of the sign. That is, they cannot have one set of rules for real estate open house signs, and another set of rules for garage sales, or the directions to a birthday property, etc.