4 WAYS YOUR LOCATION CAN BOOST OR BUST YOUR HOME VALUE

A few years back, "the Starbucks effect" became a legitimate term to explain the higher real estate values associated with living close to the coffee house. But being within easy striking distance of a Grande Skinny Vanilla Latte isn't the only thing that can help boost your home value. Then again, not every location can help build equity. Chose wrong, and you could see your value drop - even if the house is great.

1. Being close to schools

Families seek out neighborhoods with good schools for obvious reasons. Living close to a quality elementary school is especially desirable for parents who envision walking with their young children in the morning.

From a value standpoint, a location close to well-performing schools can be a smart decision for buyers regardless of their family status. "Living near a high-scoring school can increase your home's value by over $200,000, according to theBrookings Institution," said AOL.

But, being too close to a school - no matter how good it might be - may be a deterrent for some buyers, which could end up hurting your bottom line. If you're in the path of the school pickup and drop-off, which creates considerable traffic, or directly across the street from a playground, which means there is noise throughout the day, you could have trouble when it comes time to sell. A location that is close enough to be easily accessible but out of range of the daily inconveniences is often the best option.

2. Being close to area conveniences

Now Starbucks has company, with a new report that shows that proximity to a high-end grocery store - namely Trader Joe's or Whole Foods - can also raise home values considerably.

"Between 1997 and 2014, homes near the two grocery chains were consistently worth more than the median U.S. home," said Business Insider. "By the end of 2014, homes within a mile of either store were worth more than twice as much as the median home in the rest of the country. The analysis found that 2 years after a new Trader Joe's opened, home values within one mile went up by 10 percentage points more than homes in the rest of the city. 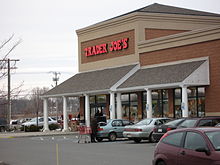 But, that doesn't mean all area amenities boost home value. Adult entertainment spots, industrial businesses, a nearby airport that puts the home in the path of flights, and small businesses like tattoo parlors, check cashing, cash advance, or pawn shops that can be indicators of a lower-income or high-crime area can drive people away.

3. Being convenient to freeways

A location close to major thoroughfares can be a selling point since it helps homeowners cut down on the dreaded daily commute. Many suburbs require an additional 10 to 20 minutes in the car after exciting the highway. Promoting the convenience of a home closer in can help it stand apart.

Having a car fly off the freeway onto your roof is not ideal. Neither is having to endure the daily noise, congestion, and pollution of living right next to the freeway. If it bothers you, it's going to bother buyers when you sell. Being close - but not TOO close - is key.

A home that's in a peaceful area surrounded by nature may be a benefit to buyers seeking a serene setting. A house that backs up to nature or is close to hiking trails can sell for more than a house in the same neighborhood that's only surrounded by other houses.

The not so good

There is such a thing as too quiet...